THE KING OF NYFW: PRABAL GURUNG

Thanks God the New York fashion week boredom was interrupted by a young talent who is making headlines of his own. Prabal Gurung launched his first eponymous collection during New York Fashion Week in February 2009 with a presentation at The FLAG Art Foundation in Chelsea. Gurung was born in Singapore and raised in Kathmandu, Nepal. It was in New Delhi, India that his design career truly began. While studying at New Delhi's National Institute of Fashion Technology, he apprenticed at several local production and fashion houses and designed with Manish Arora. Gurung's travels took him to Melbourne and London, where he assisted stylists for various fashion shows and international publications. In 1999, after seven years of traveling, Gurung moved to New York City. He began his career in New York interning for Donna Karan while attending Parsons School of Design. In his first year, he was awarded the "Best Designer" title at the annual Parsons / FIT design competition.
Prabal Gurung had a sensational SS2012 show during the last NYFW; an avant-garde, sexy and irreverent woman. Man cut blazers, along with shorts mixed with prints, colors which bringing joy. Outfit by outfit sees the surprising combination between sado latex and romantic prints. A genius triumph that we will see next summer worn by the coolest celebrities. 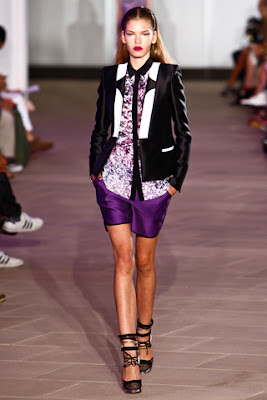 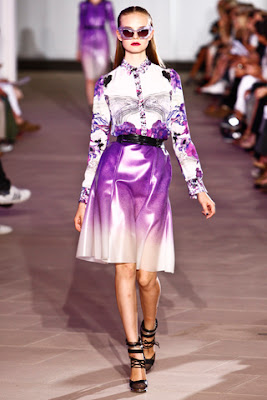 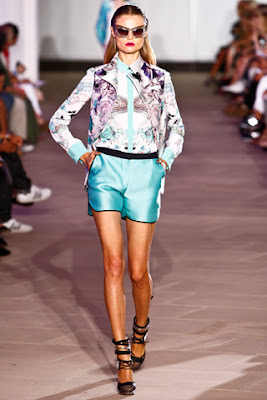 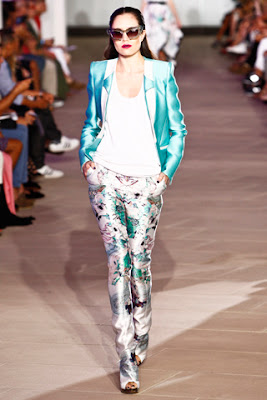 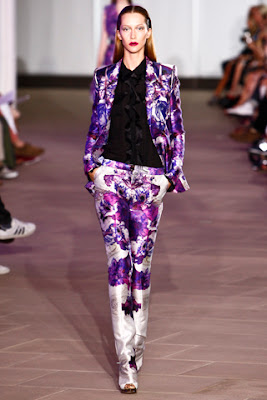 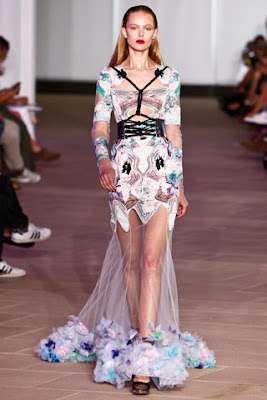